The Walking Dead: March to War

A officially-licensed mobile MMO for iOS and Android based on Robert Kirkman's comic book series.

A competetive multiplayer game where players build their base, recruit survivors, send them on missions, and attack enemy strongholds in a battle over scare resources in the greater Washington D.C. area.

As a full-stack engineer, I developed game server web APIs and client features and systems.

Read about The Walking Dead: March to War on MobyGames 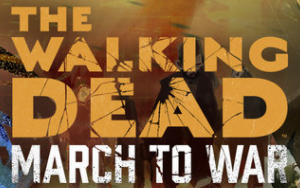